Is Unconscious Bias In The Workplace Illegal?

Unconscious bias might be the reason a boss refuses to promote a woman or overlooks a black job applicant for an open job position. Frankly, unconscious bias never excuses employment discrimination.

Why Do Unconscious Biases Exist? 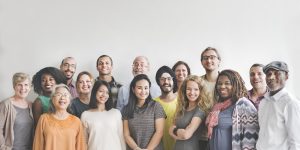 How to Recognize Discrimination

Theories exist for the idea that unconscious bias helped past ancestors survive the stone ages and other more trying times in human history. Unconscious bias allows humans to quickly sort people and objects into groups based on age, skin color, gender, disability, and so much more. Once people are categorized, certain stereotypes and presumed behavior are placed on each. The benefit of unconscious bias is that it conserves mental energy for other tasks.

What’s So Bad about Unconscious Bias?

Research shows that unconscious bias breaks into more than 150 different, identified types of bias. With such a large number of biases, recognizing and addressing each one can be overwhelming. But since unconscious bias has rocked the internet, many companies are prioritizing employee training in unconscious bias to help eliminate discrimination based on unconscious bias. Google has spear-headed this movement and many other organizations are following behind. 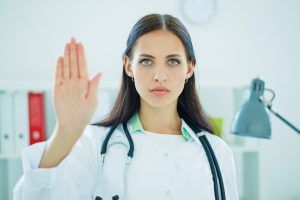 Female Surgeon Discrimination: When the Patient Ask for the Real Doctor

Some people have a tendency to believe that another person walks on water, regardless of whether or not they are good. Everything they do is good because you like them. Welcome to the puppy love phase of new relationships, right? It happens in work and friendships, too.

Base opinions and thoughts of a group of people on stereotypes and assumptions. When this perception clouds the view, making an objective decision about the people in these groups is impossible. This is where discrimination begins.

Many people validate preexisting beliefs by searching for information that only matches what they already believe. Research that contradicts such beliefs is ignored or ridiculed. Anyone else thinking of Facebook discussions?

A tendency to try hard to fit in to the majority group by swallowing opinions and thoughts while playing along with the popular opinion. People who participate in group think tend to lose part of their identities while the rest of the group misses the chance for varied discussion and better brainstorming. 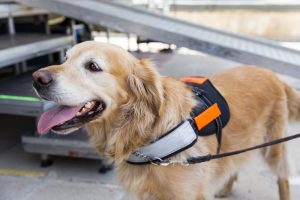 Service Animals in the Workplace: Questions and Answers

Hidden biases link to behavior. A common mantra is that “actions speak louder than words.” Action also uncovers bias. While many people control behavior to be open and accepting of others, moments of stress or competition reveal the underlying biases that are usually managed under societal politeness.

The body also sends clues of a person’s bias in small movements. Research points that a blinking rate, eye contact, and smiles can illuminate the existence of unconscious bias. Unsurprisingly, language, such as word choice also ranks as a factor in revealing bias. Humans project unspoken biases on a routine basis through body and language.

Unconscious Bias in the Workplace

Unconscious bias clouds even the most self-proclaimed un-biased individual, especially in hiring and promotions. Recognizing discrimination requires an obvious statement or action that implies that unconscious bias motivated an employment decision. Businesses that want to fight unconscious bias should invest in employee training and create policies that focus on diversity. 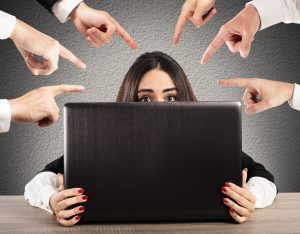 Employer Liability: Where and When Employers Are Liable for Employees or Non-Employees

Ways to Support Diversity in the Office

Unconscious bias shapes the perception of capability within the workplace. Certain groups, depending on gender or race, sometimes recognize that to receive a better work evaluation that they must put in more hours and have more to show than majority groups. Such biased workplace feedback chips away at the career potential of the legally protected class.

Left unchecked unconscious bias in the work environment becomes employment discrimination. Legally protected groups such as women, Hispanics, disabled, and more deal with micro aggression on a daily basis that hint at unconscious bias. On a larger scale, these groups are overlooked for certain career advantages, such as better salaries, job promotions, and work assignments. When these employment actions are linked to unconscious bias and discrimination, an employee can complain in-company and seek legal justice. 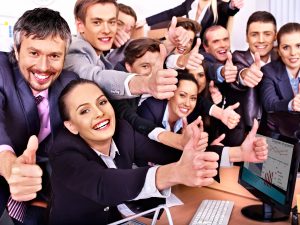 What Are My Employee Rights?

The employee handbook often sets out a structure for filing an in-company complaint of discrimination, including a chain of command for verbal complaints.

Don’t depend on memory for discriminatory events, instead write down all the details of each situation and place it in a safe location.

Sometimes a company fails to do anything in response to a discrimination complaint, but a lawyer commands the attention of the employer and knows other available legal options.

If you have experienced employment discrimination or sexual harassment, contact an employment attorney now to hear your legal options.