Now, starting on December 1, 2016, most employees earning less than $47,476 per year are automatically eligible for overtime. 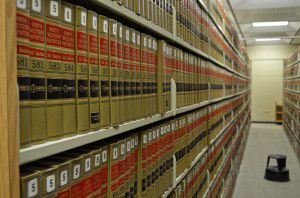 KM&A offers free and immediate consultations regarding  the new overtime laws. It is our philosophy that aggressively pursuing our clients’ interests means that we have to extremely accessible. The consultations are always free, and we represent clients in every county in Pennsylvania so don’t hesitate to contact us in Pittsburgh at 412-626-5626 or in Philadelphia at 215-618-9185 or by email at lawyer@lawkm.com.

The typical workweek for a full-time employee consists of 40 hours. For any hour that is worked past the 40-hour workweek, overtime laws say an employee should receive what is known as “overtime.” Overtime laws usually require at least 1.5 times the employee’s hourly wage. For example, suppose you work 45 hours in one workweek with a straight pay of $10/hr. In this case, you should be paid $10/hr for the first 40 hours (totaling $400) and $15/hr for the 5 overtime hours (totaling $75)

Why the new overtime laws?

There has been a steady increase in the number of employees who work over a normal 40-hour workweek. Companies have been slowly adapting their policies and trying to “double dip” with an employee’s time.

When an employee is “exempt” and the employer is not required to pay overtime for any hours he/she worked over a 40-hour workweek. To determine whether a job qualifies for overtime, it’s a very difficult test under the Fair Labor Standards Act (“FLSA”), 29 U.S.C. §201 et seq., and the Wage Payment and Collection Law (“WPCL”).

The new overtime laws specifically address a major loophole where companies can have any employee, earning more than $23,600 per year, be called a “manager” or given some other reason that they are exempt and therefore not allowed overtime, but required to work 60, 70, or 80 hours per week. This is essentially companies hiring two employees for the price of one. It got so bad the many companies would be paying minimum wage if you accounted for the number of hours their employees worked. The new overtime laws draw a bright line and decisively say that if you earn under $50,440, then the employee must be paid overtime – no exceptions.

What are the FLSA New Overtime Laws?

The FLSA establishes overtime pay affecting employees in the private sector, Federal, State, and local governments. The FLSA guarantees certain types of employees, who meet the overtime laws’ pay requirements, shall receive overtime for all hours worked over 40 in a single week. There is no limit on the number of hours employees may work in any workweek. It is important to note that the FLSA does not require overtime pay for work on weekends, holidays, or regular days of rest, unless overtime is worked on such days.

Under the old standard, certain executive, administrative, and professional workers (“white-collar workers” or “EAP workers”) were “exempt” from overtime laws. To be considered exempt (and therefore not eligible for overtime), an employee had to: (a) be paid at least $23,600 per year ($455 per week), (b) be paid on a salary basis and (c) perform exempt job duties. These requirements are outlined in the FLSA. Therefore, if an employee made less than $23,600 per year or less than $455 per week, he or she was automatically eligible for overtime.

On July 6, 2015, in response to an executive order signed by President Barack Obama in March 2014, the Department of Labor (“Department”) published a Notice of Proposed Rulemaking that changes the meaning of overtime in the United States. President Obama’s order seeks to raise the threshold for overtime eligibility. The new regulation makes it so almost all salaried employees earning less than $47,476 per year are automatically guaranteed time and a half after logging a 40-hour work week. The proposal doubles the threshold requirement to be eligible under the new overtime laws.

Under the old standard, if an employee made less $23,600 per year or less than $455 per week, they were automatically eligible for overtime.

Starting December 1, 2016, virtually all employees earning less than $47,476 per year week are automatically eligible for overtime.

This change could impact over 4.2 million Americans and over 250,000 workers in Pennsylvania. President Obama’s order is expected to expand the number of overtime-eligible employees from 8% to 40%.

The Department supports President Obama by stating that overtime laws haven’t evolved to keep up with spikes in cost of living. The current $23,660 threshold is considered poverty level for a family of four. This new order could improve the lives of hundreds of thousands of Pennsylvania citizens. By way of this rulemaking, the Department seeks to update the salary level to ensure that the FLSA’s intended overtime laws are fully implemented, and to simplify the identification of nonexempt employees, thus making the EAP exemption easier for employers and workers to understand.

The FLSA guarantees overtime to employees who work over a 40-hour workweek. However, determining whether an employee qualifies for overtime is only half the battle. The issue becomes what happens when an employee works overtime but is not paid. If this happens, the WPCL is the statute to refer to.

What are the Pennsylvania New Overtime Laws (WPCL)?

The Commonwealth of Pennsylvania enacted the WPCL to ensure that every employee who should receive overtime does, in fact, receive it. This WPCL’s overtime laws set strict timeframes by which an employer must pay their employee the overtime wages. The WPCL tracks federal overtime laws and will adjust accordingly.

All wages [(including overtime)], other than fringe benefits and wage supplements, earned in any pay period shall be due and payable within the number of days after the expiration of said pay period as provided in a written contract of employment or, if not so specified, within the standard time lapse customary in the trade or within 15 days from the end of such pay period.

In other words, the overtime laws say that the employee must receive their overtime wages (1) by the date agreed upon by said employee and employer or (2) within 15 days from the end of the pay period.

What additional remedies are available under the WPCL?

The WPCL awards certain monetary damages to an employee if he/she does not receive the overtime wages by the date agreed upon or within 15 days from the end of the pay period. The WPCL specifically provides:

Where wages remain unpaid for thirty days beyond the regularly scheduled payday, or, in the case where no regularly scheduled payday is applicable, for sixty days beyond the filing by the employee of a proper claim or for sixty days beyond the date of the agreement, award or other act making wages payable, or where shortages in the wage payments made exceed five percent (5%) of the gross wages payable on any two regularly scheduled paydays in the same calendar quarter, and no good faith contest or dispute of any wage claim including the good faith assertion of a right of set-off or counter-claim exists accounting for such non-payment, the employee shall be entitled to claim, in addition, as liquidated damages an amount equal to twenty-five percent (25%) of the total amount of wages due, or five hundred dollars ($500), whichever is greater.

The new overtime laws in Pennsylvania could impact you and your wages. If you would like more information about overtime in Pennsylvania, please contact us at 412-626-5626 or by email at lawyer@lawkm.com.