You Can Be Fired For Your Political Opinions 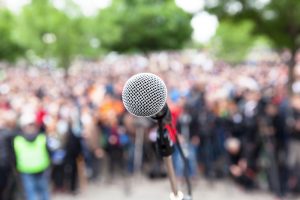 Sure, it might seem ridiculous that you could be fired for being a Cleveland Browns fan or for not supporting the Nazis, but in a state like Pennsylvania where employees work “at will,” you can be fired for your political opinions, speeches, and activities. Yes, it’s that simple. An employer can fire an “at will” employee at any time for any reason as long as the reason is not illegal.

The majority of Pennsylvania employees work “at will.” Federal and state laws protect employees from termination based on discrimination of protected classes and retaliation. Protection from discrimination or retaliation extends to “at will” employees as well as employees under contract. But protections for political opinions don’t exist in Pennsylvania. What about the right to free speech? Glad you asked.

Does Free Speech Protect A Politically Opinionated Employee From Termination?

Nope, pack up your boxes because if you’ve been fired for the reason of your political opinions, Pennsylvania state law doesn’t offer any protections. And no, in this situation, federal law won’t protect you either.

What If My Political Work Was Outside My Work Time?

Too bad. Since federal law doesn’t offer protections for all of the United States for political opinions or activities, it falls on the states to create state-wide legal protections. Pennsylvania does not have any state laws protecting employees from termination for activities outside of work. Therefore, your employer can fire you for marching with the Nazis in Charlotte or even marching against the Nazis. It might not seem fair and your employer might be racist, but unless you can prove discrimination or retaliation, you’re terminated fair and square.

What Can’t I Be Terminated For? 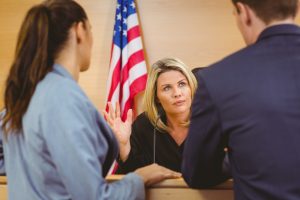 How to Sue Your Employer for Discrimination

Employers cannot prohibit union insignia. While most political paraphernalia is banned from the workplace, employers cannot ban a button or a shirt that says “AFSCME Against Nazis.” But a shirt or button that just says “KKK” would be prohibited.

Do Any States Protect Employees from Termination for Political Opinions or Activity?

While Federal law doesn’t offer any protections for employees with a political affiliation, some states have moved to ban discrimination based on politics. For example, California, Colorado, Louisiana, Minnesota, Missouri, Nebraska, Nevada, South Carolina, Utah, and West Virginia do not allow negative employment action with the reason of “political activity.” Some cities have adopted such protects as well. However, you’ll notice that Pennsylvania is not a part of the list. In Pennsylvania, an employee can be terminated for political opinions and activities. 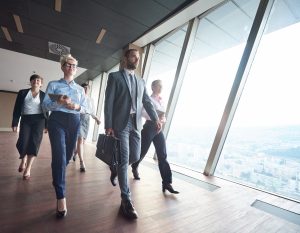 How to Sue Your Employer for Wrongful Termination

When Could I Sue My Employer For Wrongful Termination Because Of My Political Activity?

When it comes to political activity or opinions in Pennsylvania, few legal protections exist for employees. However, in some circumstances, a lawsuit might be possible. For example, if an employer allows white male employees to speak out their political opinions and join marches but does not allow a black or female employee to speak up or participate in political activities, this could be considered discrimination. An employment lawyer understands what situations might have a case under the law, call a lawyer to find out whether you have suffered discriminatory termination.

If you have experienced employment discrimination or retaliation, contact an employment attorney now to hear your legal options.