Contract Workers vs. Employees: Determining Your Role in the Workplace

Pennsylvania is predominately an at-will employment state, meaning that most workers are considered employees and not contract workers. Workers who have an employment due to a contract would fall into the category of contract workers or independent contractors. One way to tell what type of worker you are is based on how you are paid: employees have taxes, social security, medicare taxes, and unemployment taxes withheld from their paycheck. Independent contractors do not have taxes withheld on payments.

Contract Workers vs. Employees: Determining Your Role in the Workplace

Payments are based on what type of worker you are. The law differs for contractors and employees alike. Therefore, you must know where you fit in the employment scheme.

Recognizing who is a contract worker and who is an employee requires a full overview of the tasks done by the worker. No hard and fast rule governs the categorization of workers. Some of the situations below will make a worker appear to be an independent contractor, but the next situation will make that same worker seem like an employee. Therefore, employers, employees, and contract workers need to pay careful attention to their roles.

Who controls the worker and the worker’s tasks? Who outlines how the tasks should be completed?

In an employment situation, the employer controls an employee’s work tasks, work hours, training, equipment. Basically, an employer oversees everything that an employee does. Meanwhile, a worker who chooses their hours and directs their own work is possibly an independent contractor. 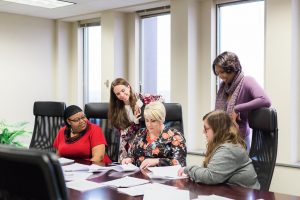 Can I collect unemployment benefits if I am an independent contractor?

Who controls the money? How do workers get paid and are expenses reimbursed? Is equipment provided or must you bring your own?

Money can be a deciding factor when it comes to determining a contract worker versus an employee. A worker who experiences the profits and losses of the company firsthand and receives a 1099 form during tax season is likely an independent contractor. However, a worker who receives a salary or hourly pay with a W2 during tax season and does not experience the financial highs and lows of the overall company directly is likely an employee.

Sometimes a contract means that a worker is a contract worker. However, if the contract includes employee benefits, then it becomes harder to tell. Work type also plays a part because someone who manages the company would be an employee while a worker not part of the core work of a company might be a contractor.

In most cases, workers who use company equipment at home or at work are considered employees. Employers are responsible to train their workers. Workers who buy their own equipment, software, training are more likely to be contract workers. However, this is not always the case.

Is the worker only working for one employer? Does the worker provide services for many different employers?

An employee exclusively works for one employer most times. Meanwhile, a contractor usually has a website, business cards, and advertising. A worker who works for many different companies is often considered a contract worker.

Taxes can reveal where workers fall in the categorization of contractor or employer. But since employers are meant to know what workers are, this can be challenging. The IRS outlines a few ways to help employers determine where their workers fall in these two categories. And employers can always request that the IRS makes the determination.

As a rule, the IRS considers all workers as employees unless otherwise notified. To be safe, it’s best to consider a worker an employee rather than misclassify as a contractor. If you’d like to know exactly how a worker would be classified by the IRS, you can file a Form SS-8 that requests a determination. A worker or an employer can file this document and request the determination. The final determination may not be awarded until six months or so after the original filing.

What Happens if an Employee is Classified as an Independent Contractor? 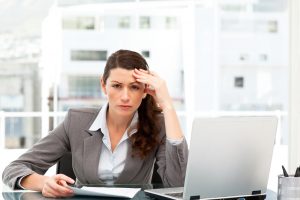 Do Subcontractors Get Paid Overtime?

An employer who classifies an employee as an independent contractor without good reason may have to pay employment taxes for that worker. Depending on the situation, the relief provisions will probably not apply. This can be a financial misstep for many employers.

An employer who believes that a worker is not an employee can file for relief provisions. This means the employer must file federal information returns that show consistent treatment of the worker. No one within your company should have treated a similarly situated worker as an employee beginning after 1977.

When workers are misclassified by their employer as a contract worker, the worker can file a Form 8919 to determine what their share of Social Security and Medicare taxes are due in their compensation. This will also reveal whether or not the worker is an employee or independent contractor.

If you are misclassified as an employee or contract worker, contact an employment attorney now to hear your legal options.