Employee with a Disability Fired after Gaining Certification for Return to Work after Leave.

Andrew accepted a position with Reading Hospital as a certified pharmacy technician in July 2008. He suffers anxiety, chronic depression, and learning disabilities, but despite these disabilities, Andrew could always perform the job tasks assigned to him. 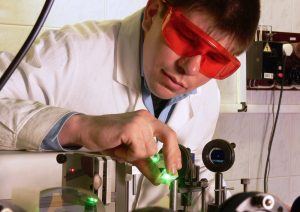 Disability Discrimination: Recognize and Fight for Your Employee Rights

Around 2015, the pharmacy department initiated a new policy that required all employees to learn all the tasks within the pharmacy. In September 2016, Andrew shared that he was assigned to the I.V. room. Upon this assignment, Andrew let his supervisor know about his impairments, reassuring the supervisor that he was capable of learning but would require more time. According to Andrew, his supervisor did nothing to ensure that Andrew received this accommodation.

Since his supervisor refused to allow him extra time for learning the tasks in the I.V. room and Andrew required FMLA leave for his disabilities, Andrew suspects that his termination was prompted by his impairments. Now a client of KM&A, Andrew is fighting for his employee rights. KM&A advocates on the behalf of employees like Andrew who have faced termination due to a disability and use of FMLA.

Full text of this complaint, as filed with the District Court for the Eastern District of Pennsylvania, is available at docket no: 5:18-cv-00953-EGS

For more information about this case, contact Attorney Jonathan Chase at 215-475-3504 or at jwc@lawkm.com.

NOTICE: All information contained in this statement comes from the Complaint which has been filed as a public record with the court. As dedicated civil rights attorneys, we strongly believe in the public value of telling our clients’ stories: violators can be held accountable, and other silent victims can feel empowered to stand up for their legal rights. Although we make every attempt to verify our clients’ claims, note that the defendant is expected to oppose our client’s position, and the court has not ruled one way or the other as of the date of this statement.
disability discrimination