Employee Called “Old Dog” and When He Complains, His Supervisor Allegedly Forced Him to Accept Demotion.

According to Robert, the supervisor retaliated against his report to HR by writing him up. Four of the 24 stores that Robert managed had been recently transferred to him from another direct leader due to their substandard rating. Robert’s supervisor wrote him up for these four stores, alleging that employees had not greeted him when he visited. However, when Robert checked the security video footage, he watched as a few employees approached the supervisor to greet or talk with him.

According to Robert, his supervisor followed up the written up discipline with a demand that Robert choose a demotion or be fired. Robert recalled that an HR representative was present for this conversation but did nothing to stop it. The supervisor allegedly threatened to target Robert’s stores to look for reasons to terminate him if he didn’t accept the demotion. 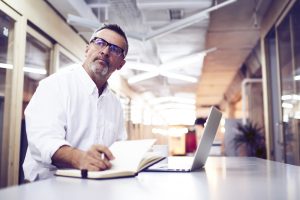 How to Sue Your Employer for Age Discrimination

Robert suspects that he was demoted due to his age and request of a discrimination-free work environment. As a client of KM&A, Robert is fighting the age discrimination that he believes he faced. KM&A challenges employers who do nothing to protect the employee rights of employees like Robert.

Full text of this complaint, as filed with the District Court for the Middle District of Pennsylvania, is available at docket no: 1:18-cv-00415-CCC

NOTICE: All information contained in this statement comes from the Complaint which has been filed as a public record with the court. As dedicated civil rights attorneys, we strongly believe in the public value of telling our clients’ stories: violators can be held accountable, and other silent victims can feel empowered to stand up for their legal rights. Although we make every attempt to verify our clients’ claims, note that the defendant is expected to oppose our client’s position, and the court has not ruled one way or the other as of the date of this statement.
ADEAAge Discriminationretaliation