Female Employee Reports Sexual Harassment and is Allegedly Told, “This is a Male-Dominated Field and You Will Just Have to Deal with It.”

Rachel started at the Pennsylvania Department of Corrections in November 2009 as a correctional officer. In July 2015, she received a promotion to sergeant at the Corrections Training Academy as well as a pay raise. After the promotion, Rachel’s lieutenant continually threatened to demote her back to her previous position. Rachel began to fear that he would do it.

When Rachel was called into the lieutenant’s office in November 2015, she was told that it was “counseling” and that she could have a union representative. But she’d been given no notice of the meeting nor did she receive a formal notice of the “counseling.” Rachel reported the incident and began to deal with more harassment. 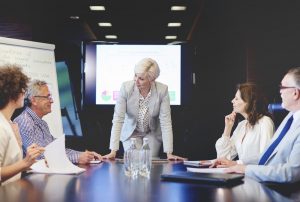 13 Reasons to Sue Your Employer

In February 2016, Rachel shared that her lieutenant called her in for a meeting and allegedly asked her if she “liked working at the Academy,” which she responded that she did. The lieutenant told her that he was extending her probationary period, and naturally, Rachel asked why. According to Rachel, the lieutenant then asked if she wanted to be demoted. Rachel went to her union and requested that an union representative would interact with the lieutenant on her behalf. Right after these meetings, Rachel received a negative employee review.

At the end of the summer, she did receive a commendable employee review. But then, in August, a cadet reported a situation of sexual harassment to Rachel. She and her coworkers reported the situation to the lieutenant, who allegedly replied that they worked in a “male-dominated field and you will just have to deal with it.” Rachel noted that nothing was filed.

A week or so later, Rachel was called in a meeting and was told she was being demoted. When she asked for a reason, she was allegedly told, “We can.” A month later, Rachel felt that her only option was to resign from her position.

Rachel suspects that the Pennsylvania Department of Corrections used discrimination and harassment to force her to resign. As a client of KM&A, Rachel fights for her employee rights. KM&A advocates for employees like Rachel who suffer threats and negative employment action for speaking up against gender discrimination.

Full text of this complaint, as filed with the District Court for the Eastern District of Pennsylvania, is available at docket no: 5:18-cv-04216-MAK

For more information about this case, contact Attorney Colin Saltry at 215-475-3544 or at cs@lawkm.com.

NOTICE: All information contained in this statement comes from the Complaint which has been filed as a public record with the court. As dedicated civil rights attorneys, we strongly believe in the public value of telling our clients’ stories: violators can be held accountable, and other silent victims can feel empowered to stand up for their legal rights. Although we make every attempt to verify our clients’ claims, note that the defendant is expected to oppose our client’s position, and the court has not ruled one way or the other as of the date of this statement.
gender discriminationsex discrimination